Every Infusion application is structured as a set of components. An Infusion component can represent a visible component on screen, a collection of related functionality such as an object as in object-orientation, or simply a unit of work or relationship between other components. This page provides resources to help you understand components, how they're designed and how to work with them.

To help understand how a widget or application might be designed using components, consider some of the components in the Infusion Component Library:

Note: All of the example components presented here are view components which produce a visible UI in the browser. Other Infusion components expose no UI, and may run on the server in environments like node.js.

The Infusion Progress component is a single view component with no subcomponents. It has a number of UI elements that work together and are updated programmatically to show the progress of some activity. It has a pretty simple purpose and function, one that doesn't make much sense to try to chunk up into multiple components.

The Inline Edit component allows the user to edit text in place, without switching to a new screen, by simply switching into an in-place edit mode. The view mode is implemented one way, with certain functionality (i.e. a tooltip, an affordance to edit), and the edit mode is implemented differently: it's an edit field. Conceptually, these two modes are rather different, and so they're implemented as two separate subcomponents of the main Inline Edit component. 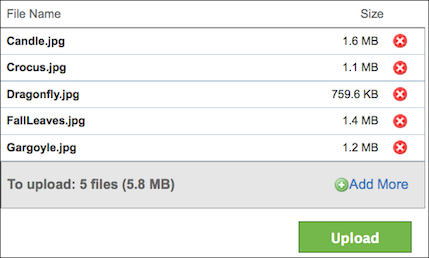 A component is a regular JavaScript object that has certain characteristics. The simplest varieties of Infusion Components, derived from fluid.component, will have:

In addition, a component derived from fluid.modelComponent will support:

Components which manage a view on behalf of their user, which is rooted at a particular node in the DOM, will derive from fluid.viewComponent which then supports:

New kinds of components are created by passing configuration information to the fluid.defaults function. This function will generate the creator function that will be used to instantiate the component. The framework provides support for instantiating components of various types, or 'grades'; as well, developers can create their own grades.

Simple example of defining and using a plain fluid.component

In this example, we will define a simple component which logs a message on startup, and create an instance of it:

You can understand this example better by reading documentation for fluid.defaults, fluid.log and the Component Lifecycle.

In this section we instantiate a view component which is already defined in the framework, and configure it with some options of our own: